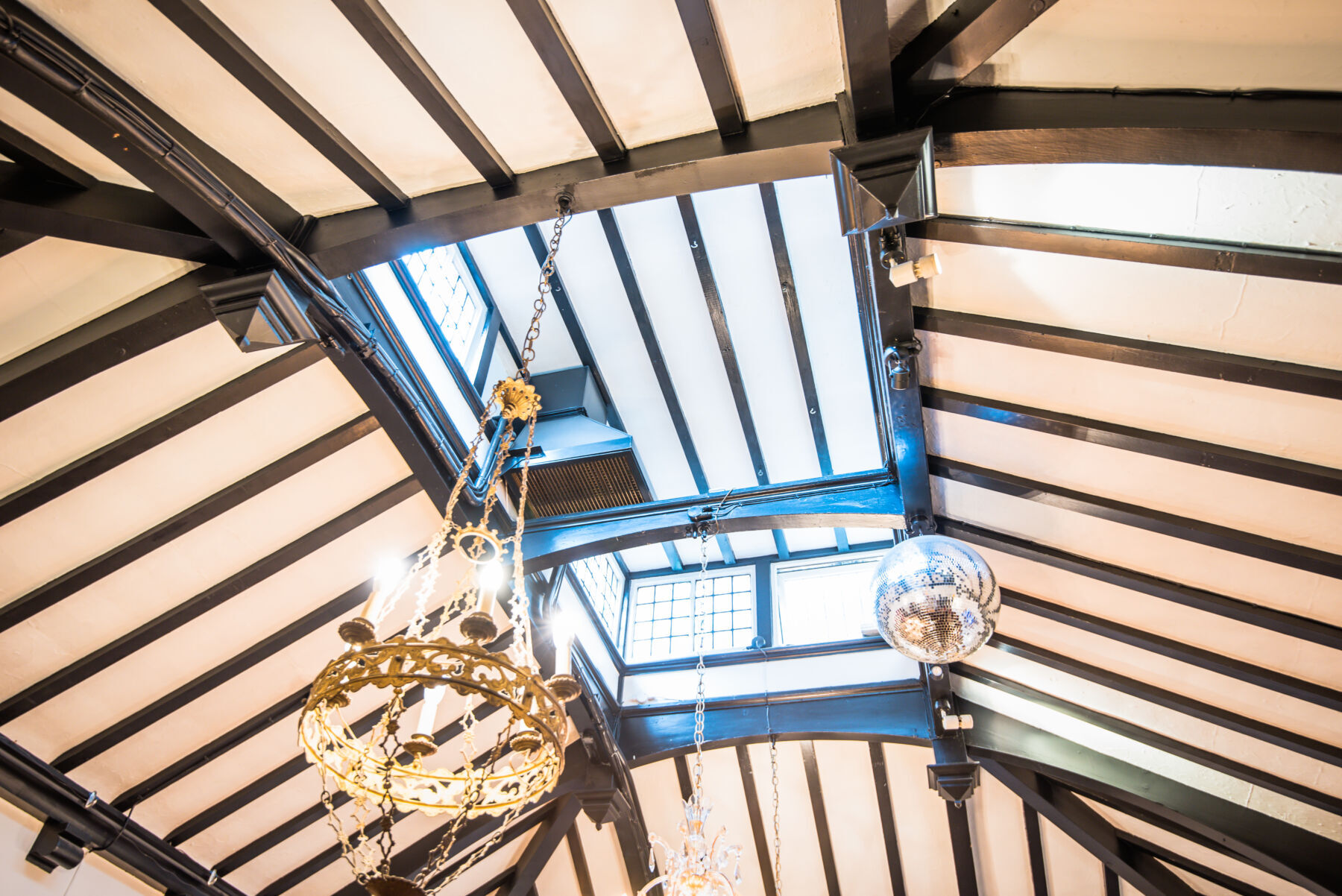 History of The White Hart

If Pubs Could Talk…

The White Hart has stood proudly on the corner of Drury Lane and High Holborn for centuries.

The Old Bailey archives reveal this corner to be the first and oldest licensed premise in London, in 1216. In the 13th century this area then known as St Giles was a prosperous village, noted for its inns and house of entertainment. The surrounding marshland had been partly drained and turned over to pasture. The parish of the St Giles, which you can still visit today has stood since 1222.

‘The Whyte Hart Public House’ has been the name of pubs on this site since the 15th century and was a legendary watering hole for London’s notorious highwaymen and rogues.

Between 1589 and 1598, Frederic Thomas Linwood also known as the infamous Muffin Man, was reportedly living on Drury Lane. The story goes that Linwood killed as many as 15 children by luring them into dark alleys with a muffin tied on a string. He was also said to have killed 7 rivals pastry chefs with a sharpened wooden spoon. Whilst its accepted that the origins of the muffin man story is now most likely an urban myth, who doesn't love a good old 16th century British horror story!

The Plague of 1665, first started in December 1664 after a group of Flemish weavers opened imported goods from Holland, in a house in front of Stukeley Street, home of Combe and Co.’s stables, where the Travelodge Hotel stands today. Throughout 1665 the horrific plague devastated much of greater London and was only eased by the Great Fire of 1666.

In the 16th and 17th centuries, Drury lane was known as a fashionable street, with residents including The Marquess of Argyll, Oliver Cromwell and Nell Gwynne. Lavinia Fenton, afterwards Duchess of Bolton and the original Polly Peachum in the Beggar’s Opera lived in a coffee house on the lane.

However, in the 18th Century, Drury Lane became one of the worst slums in London, notable for its brawls, drunkenness, prostitutes, and gin palaces. Regular customers of The White Hart included Jack Sheppard and Rickard (Dick) Turpin, who came in for a bevy prior to his hanging in 1739. Condemned men habitually stopped in for a last drink and women’s comfort before facing the hangman’s noose.

In 1869, on the corner of Drury Lane and Macklin Street, was the cradle of one of the Britain’s largest supermarket chains. Here John Sainsbury opened his very first outlet, specialising in dairy produce.

History In the Making…

Now, in the 21th century, the White Hart is a family owned pub, by the Morton Scott Pub Company. In 2003, father and son, John and Chris Scott became the latest ‘rogues’ to call Drury Lane home and it now forms our family of three pubs in the Covent Garden area. As a company, we are passionate about keeping the spirit of London pubs alive. We believe in great beer, great service and good honest food. Although The White Hart will never return to its former glory, it is still a notorious watering hole for late night last calls and travellers looking for a good time.

We hope you enjoy the vibrant atmosphere this historic pub has to offer. 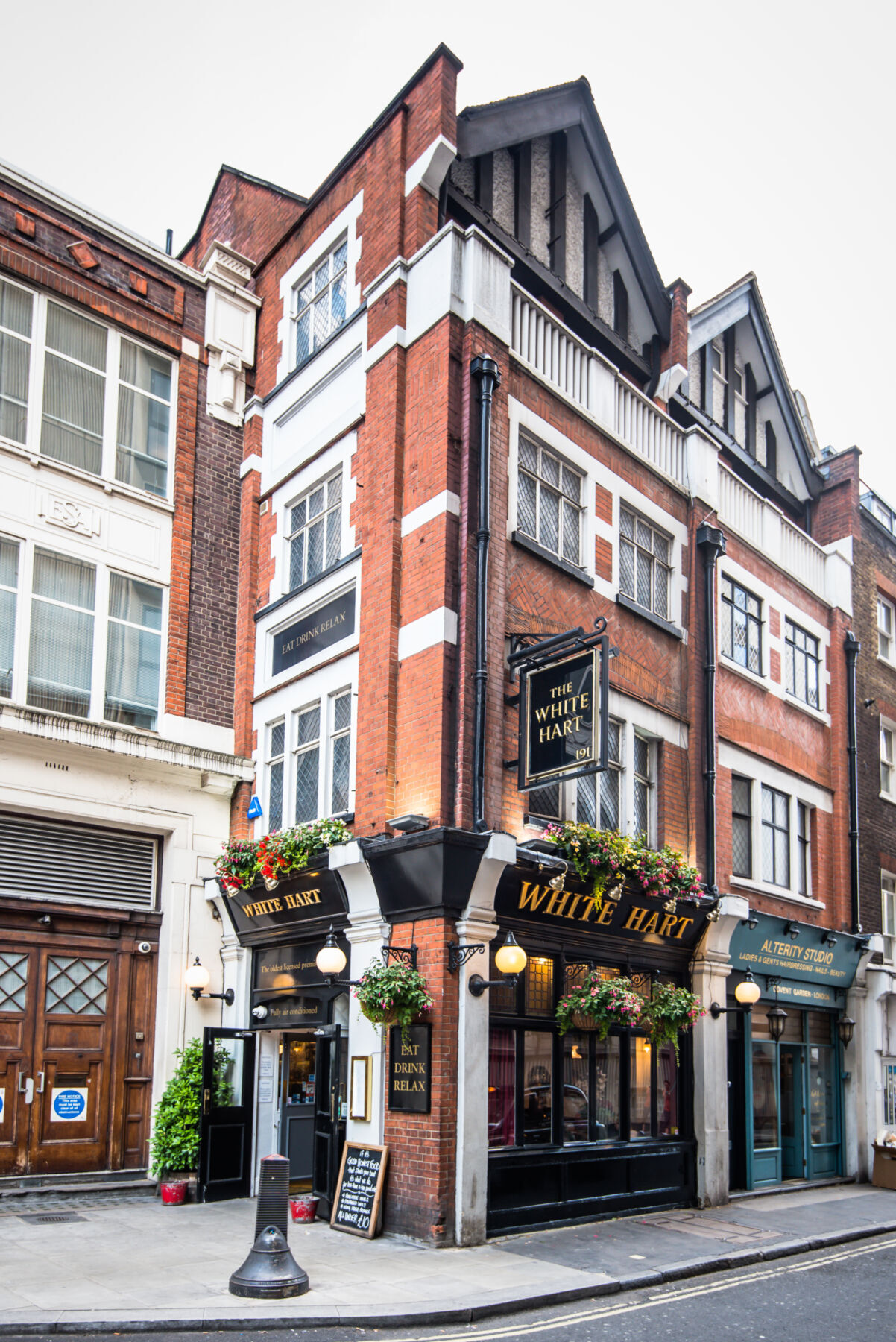